[Counseling Notes is a series of articles that are written as quick reflections on specific topics. They are written quickly and usually in the form of an outline. The purpose of “Counseling Notes” is to share thoughts that I believe to be urgent and are therefore not given the normal amount of time for composition and editing that normal articles are given]

Erasure is one of the many things that can cause profound racial trauma or pain, especially for those who are a part of the black community. For many, the black experience consists of being in white spaces and being ignored or erased in that space.

Ignored: Many black people have experienced the reality of being in white spaces and being completely ignored in said space. When in white spaces, many black Americans have been treated like ghosts; as if they are less than human and not even worthy of being acknowledged. This experience can have a heavy toll on someone.

Erasure: The other reality many black people experience is the profound pain of being removed from a space they inhabited as if their presence wasn’t worth being remembered. Many black people have experienced being in a space, used to influence said space, and then being swept under a rug when their contributions are no longer needed.

Both of these experiences are not only common in the present, but also throughout American history as well. Throughout history, Black thought leaders such as inventors have had their inventions stolen from them by white people and have been erased by history. Musicians have had their sound and style taken by white people only to be erased from the historical narrative, and white people championed as the inventors of new musical genres. In the present, we see this happen in majority white institutions such as corporations, churches, and even seminaries. In churches, it looks like black people serving faithfully until the church becomes uncomfortable with them due to their blackness leaking out. One of the ways many churches deal with minority members who are too culturally black is to gradually force them out of the church and then erase the fact that they were ever present or influential. This happens when churches who typically send off members publicly seek to ensure black members move on silently without any public recognition.  Church members who have minority members in their churches who have been influential SHOULD ask their leadership questions when such members live faithful lives speaking about issues that impact their communities and yet seem to just disappear when they leave the church. If such members were publicly affirmed by leadership at other times but then their departure is silent; it is possible you are witnessing erasure.

It’s important for people of color, especially black people, to know that Yahweh is a God who sees. He sees all things, especially the creatures that bear His image. God sees them and treasures them even when the world does not. If they are Christians, God does not only see them; he also dwells within them, & even intercedes on their behalf. To be black in America often also means to live unseen. In my previous article, Black Voices: “We are here, but you won’t listen” I wrote the following,

I am a ghost. I am not a wraith, but I haunt America’s popular opinion. I am in your church, I am on your social media feed, and I am sitting in the cubicle next to you at work, holding back tears. Pastor, I see you surround yourself with men who merely reinforce your narrative, some of them look like me. Friend, I see you debate the reality of my marginalization on your Facebook feed in a cavalier way, as if your conclusions won’t determine how all those you know consider my pain. Friend, my history and marginalization seem to just be an interesting talking point to you. Co-worker, I hear you chat with others about the illusion of my suffering and how people who look like me have simply embraced an ideology of victimhood. Though my skin is black or brown, you would think it was transparent the way you allow me to haunt your spaces. Reason would suggest that since I can be seen, your words and thoughts would be considerate. One would assume there would be some kind of filter in the way you dialogue about my reality in my presence. Maybe you don’t see me. Perhaps you think I lack the intellectual capabilities to engage. Maybe, you just simply don’t care what I have to say. You continually talk about the things that concern me, but you never invite me into those conversations. So, here I am, haunting your spaces.

This is the reality many black people live with daily, being ignored despite dwelling in white spaces. As painful as this experience can be, erasure is even more painful because erasure doesn’t simply ignore someone, it recognizes their existence [at some point] but then erases it from existence when it is no longer beneficial. Erasure treats black people as if they are not worthy of existing when their presence is inconvenient or not beneficial. Erasure is a sin because it treats people made in the image of God as if they are not valuable and worthy of the dignity to exist. Erasure is a subtle evil that is too common within many white spaces; even the church.

Counseling Notes: The Church & caring for those who struggle with depression, despair, & Suicidal Ideation. 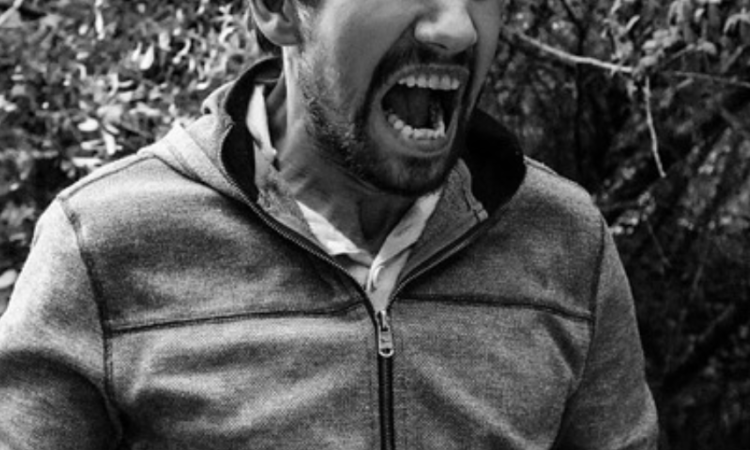